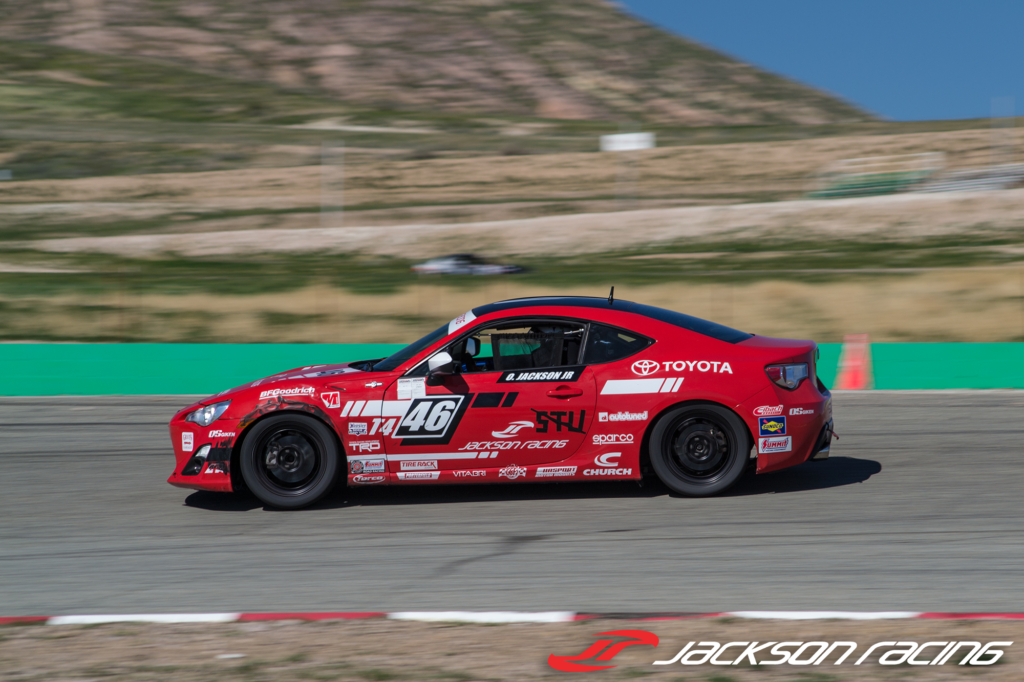 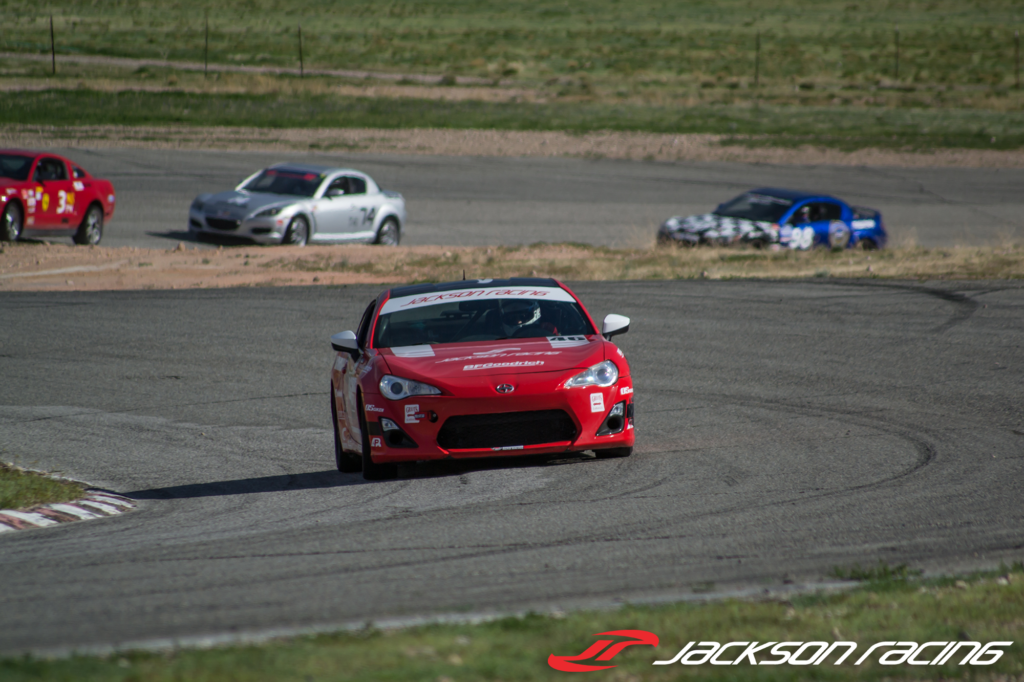 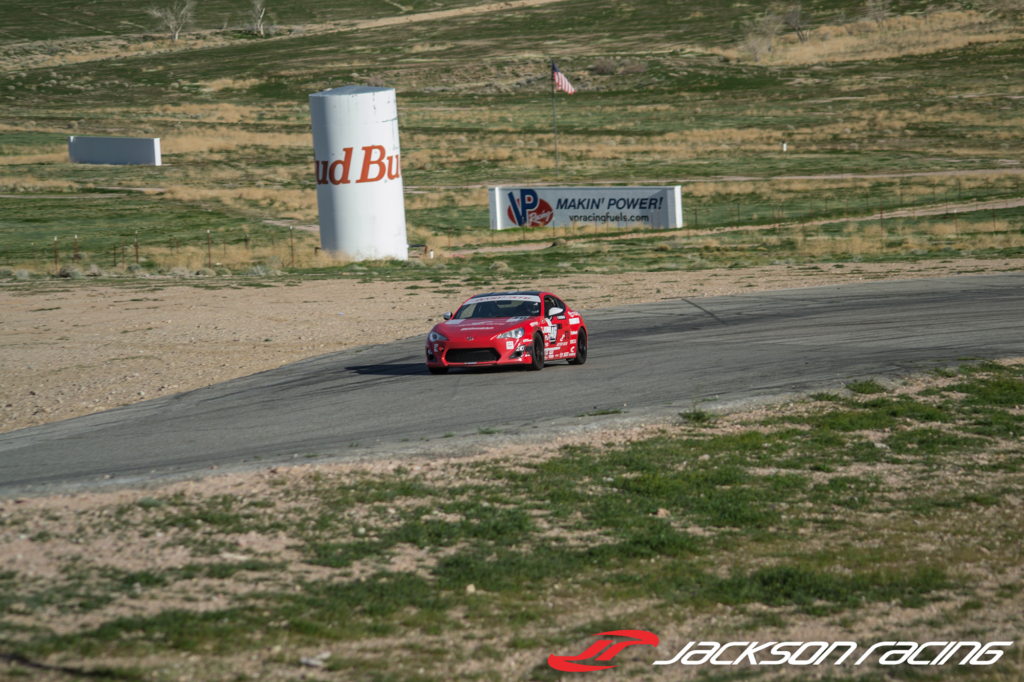 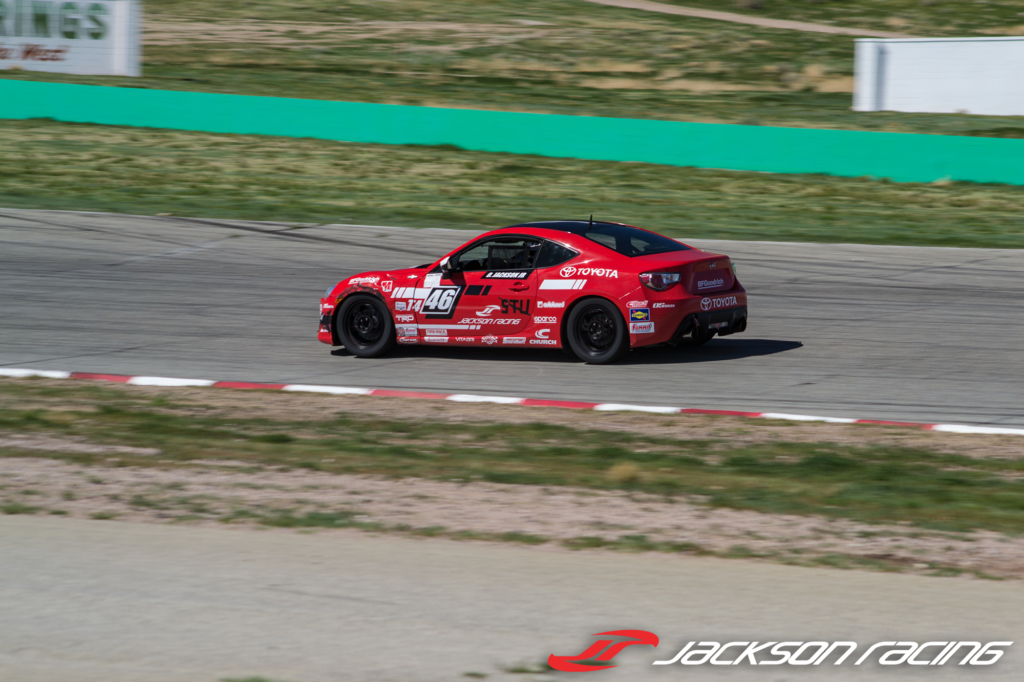 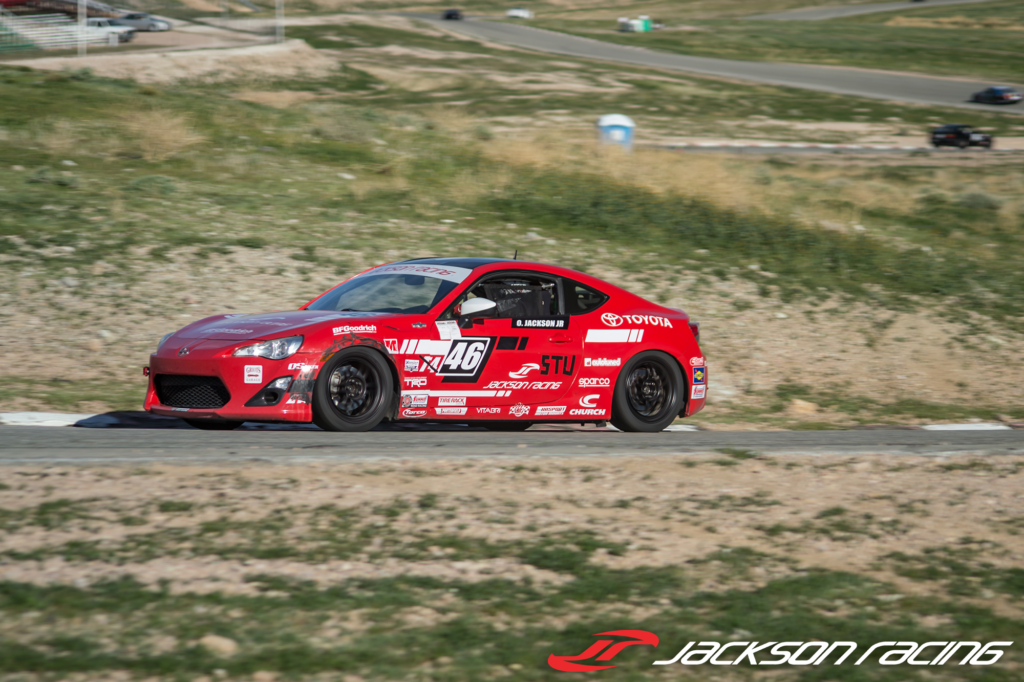 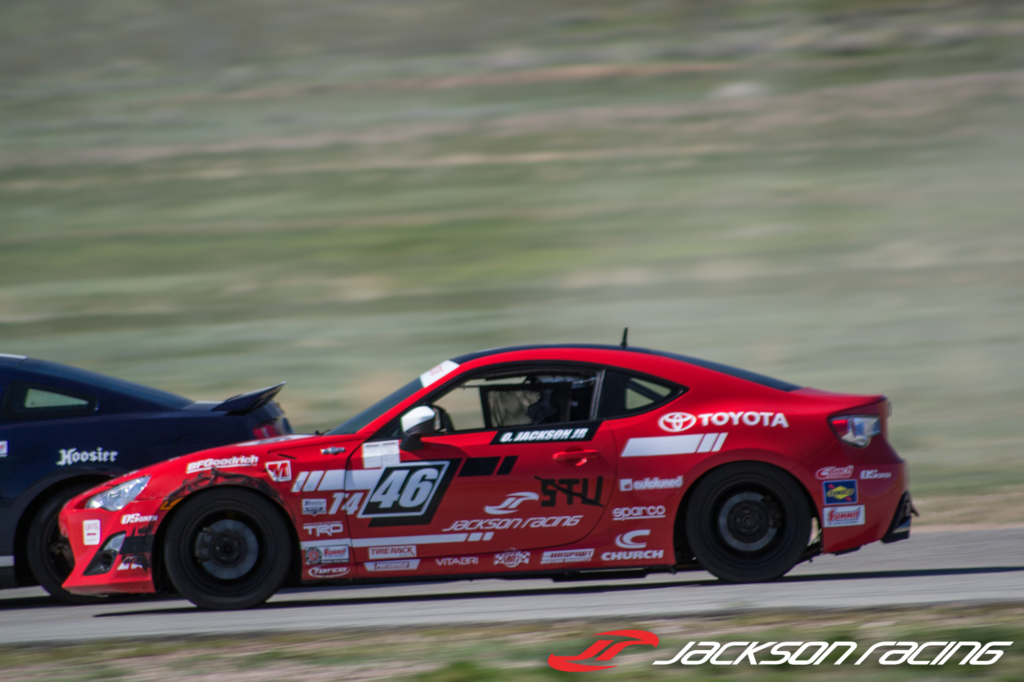 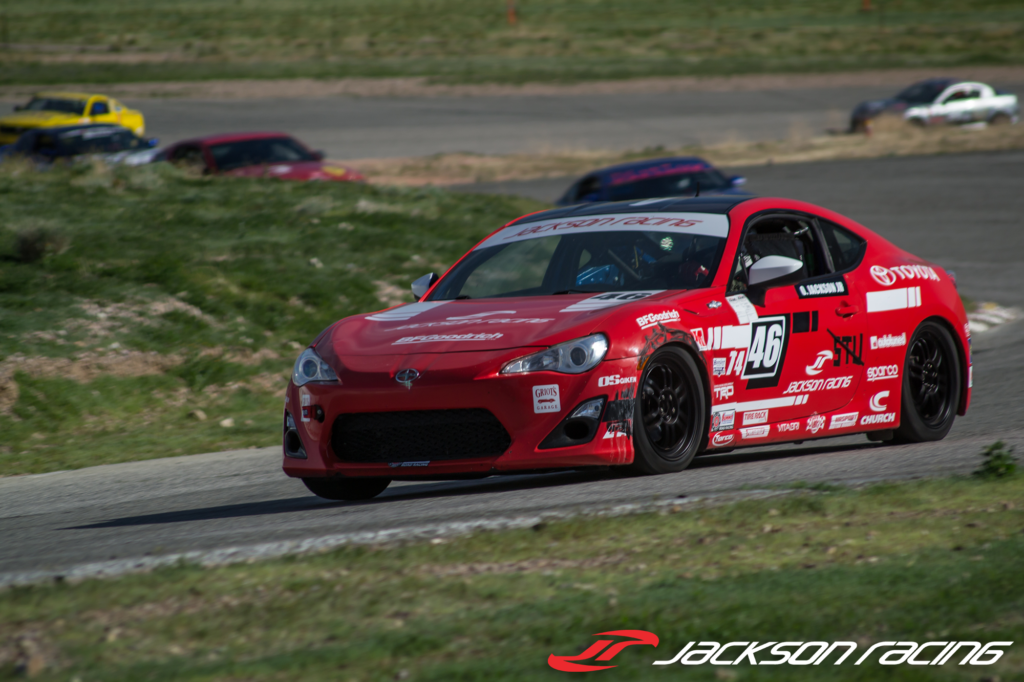 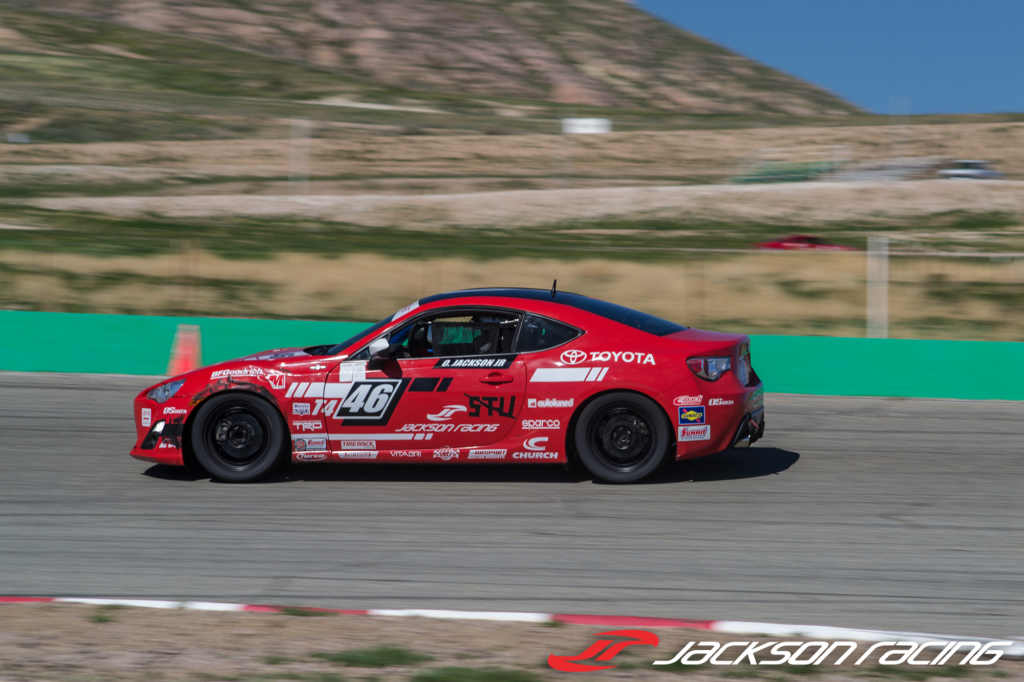 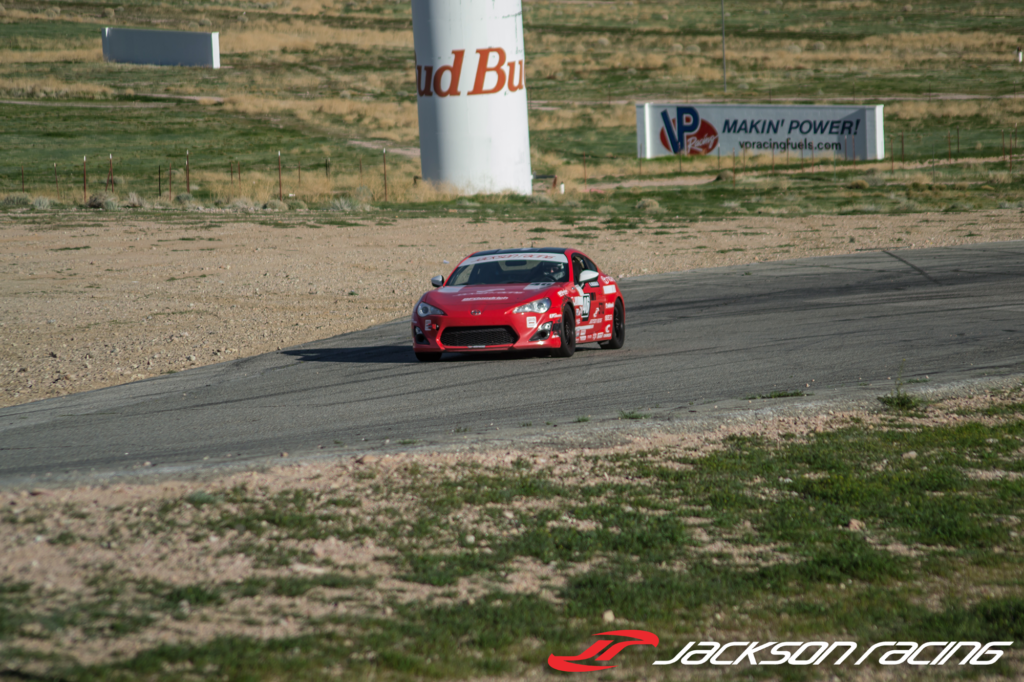 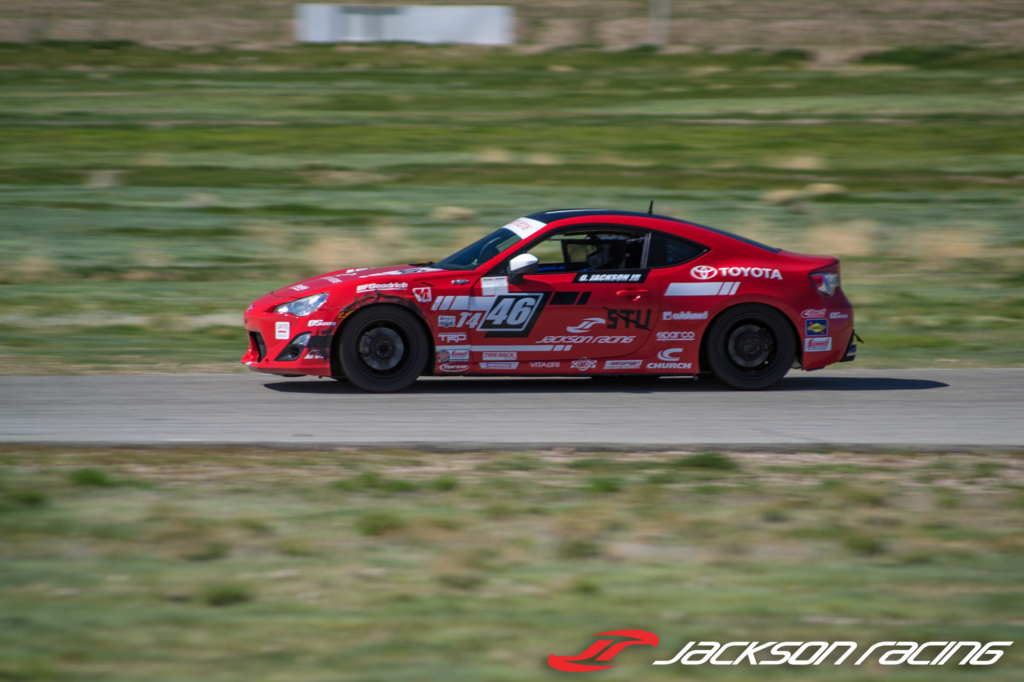 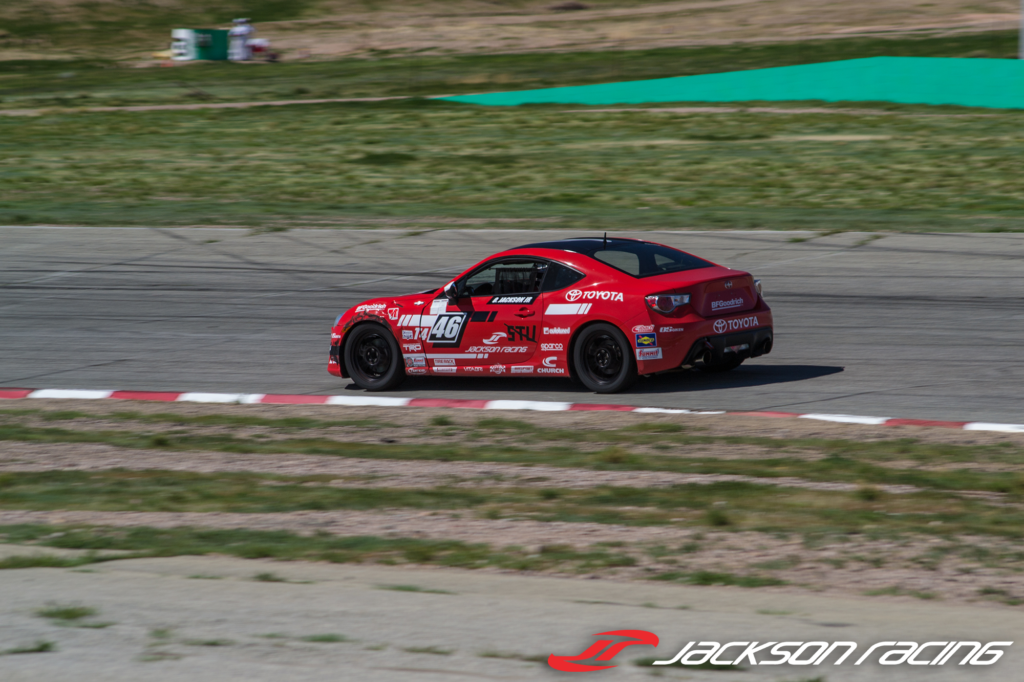 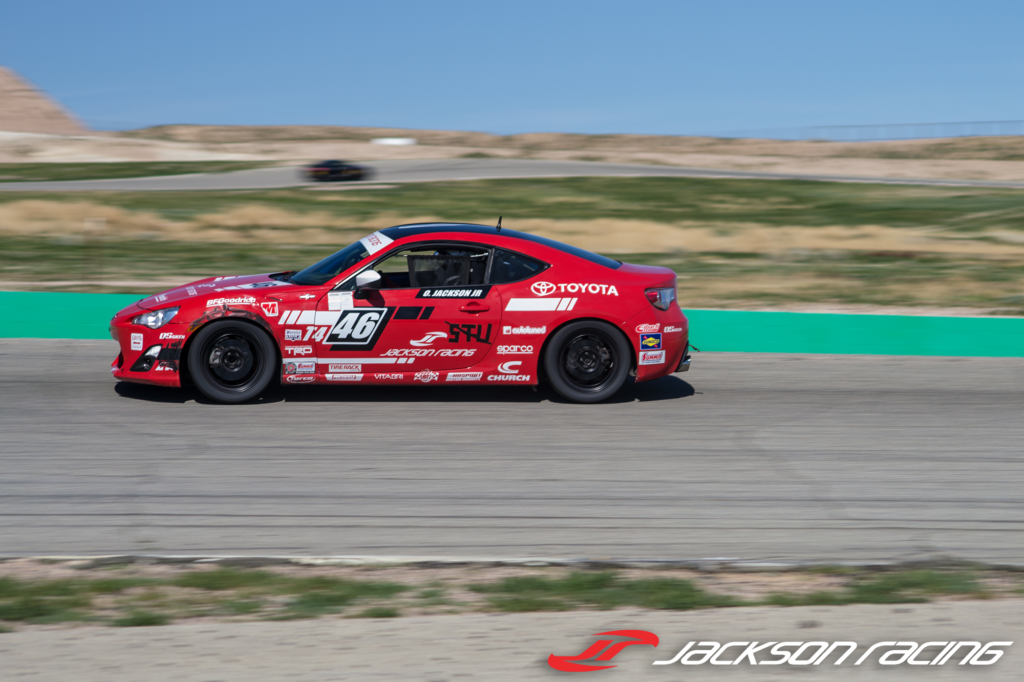 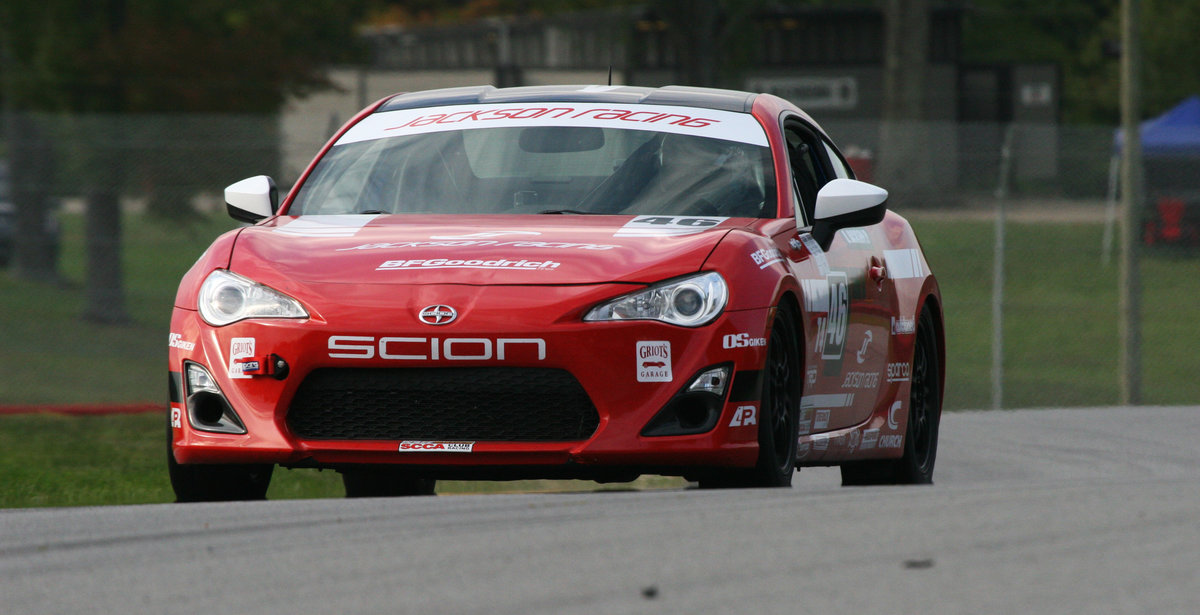 LEXINGTON, Ohio (September 23, 2016) – With plans to compete in three different Runoffs classes, Oscar Jackson came to Ohio from Chino, California, nearly 2,300 miles away in search of a national championship. He won’t leave empty handed as he cruised to a Touring 4 win Friday at the 53rd SCCA National Championship Runoffs presented by Garmin VIRB being held on the 13-turn, 2.258-mile Mid-Ohio Sports Car Course.

Jackson in his red, No. 46 Jackson Racing/BFGoodrich Scion FR-S led the 34-car field to the green flag. He immediately took control of the race with the No. 2 East Street Racing/Mazdaracers.com Mazda MX-5 of Jim Drago, from Memphis, Tennessee, tucked right behind. Kevin Fandozzi, of Saint Joseph, Michigan, fell into third in the No. 27 Insight Driven/Hoosier/LANE Auto Scion FR-S, and Ryan Kowalewski, of Indianapolis, Indiana, filed into fourth in the No. 02 Racecraft 1/QC Mobile Service MX-5 Mazda.

Over the first half of the race, Jackson and Drago hooked up and pulled away from the pack. Then over time, Jackson turned on the juice and began building a gap on Drago as frontrunners pushed through lapped traffic. At one point, Jackson was pinched off at a corner by a driver further down the field. He jammed on the brakes, bumped the slower competitor, and then looked in his mirror to see Drago pounding down the straightaway behind him. Jackson then got refocused and back to work.

But the work didn’t last long as a stalled car brought the field under a full-course yellow late in the race. And behind the pace car, the Touring 4 fight came to a conclusion with Oscar triumphant and claiming his first Runoffs victory.

“Finally,” Jackson said. “This is a dream. It’s really, really a dream. It’s something I’ve dreamt about since I was a kid. This is our third year at the Runoffs, and we had some bad luck the first two years. But this feels great. It’s awesome.”

Drago said that even though the race ended under yellow, he wasn’t sure he had anything for Jackson this day. The two-time champion in Spec Miata was doing his best and trying to keep the tires beneath him in good shape to perhaps take advantage of some misstep. But earning a second-place finish at the Runoffs in T4 is still satisfying.

“I knew my best shot was going to be to drive really hard the first part of the race and just try to say with him,” Drago said. “My game plan was to try and fill his mirrors and stay there as long as I could to see if he would make a mistake. But Oscar did a really good job of knowing where his car was good. Congratulation to him on his first national championship.”

Meanwhile, several seconds behind the Jackson-Drago chess match, two-time Runoffs champ Fandozzi was having a tussle with Kowalewski for the final podium position. At one point, Fandozzi got crossed up a bit, which provided Kowalewski the opportunity to pass and head off to his first Runoffs podium in his very first year of racing.

“It’s been weird all week. I was sitting third or fourth in qualifying and thought to myself, ‘man, I’m pretty disappointed,'” Kowalewski said. “Then I thought, ‘wait, this is amazing!’ When I saw that checkered flag, probably everyone on pit lane could hear me yelling from the car.”

Fandozzi brought his car home in fourth, and Jared Lendrum, of Queensbury, New York, shuttled home his No. 7 North Country Subaru BRZ to a fifth-place finish.

While the live broadcast of all 28 National Championships is available live at SCCA.com, each race will be on demand in the coming weeks. 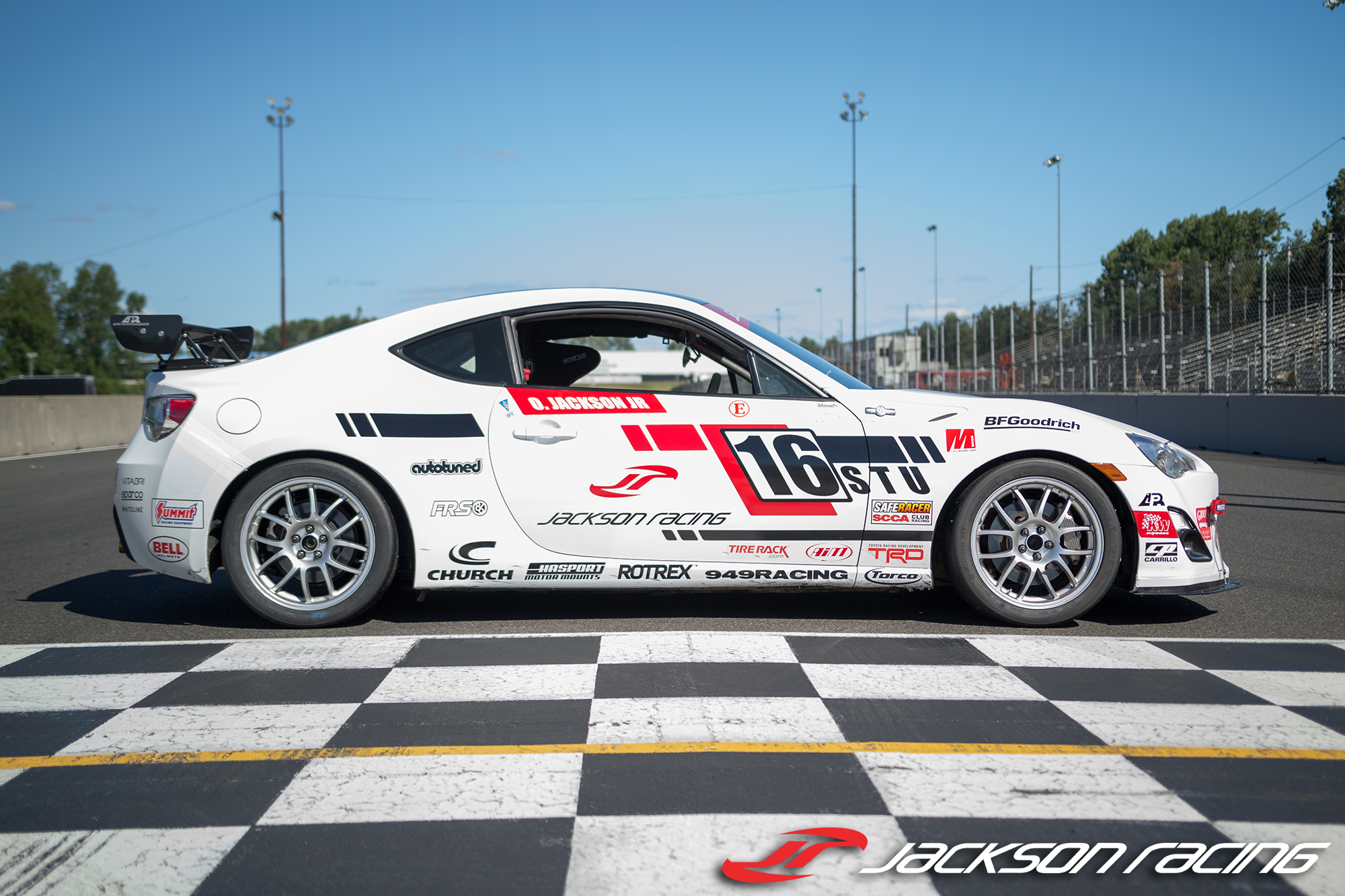 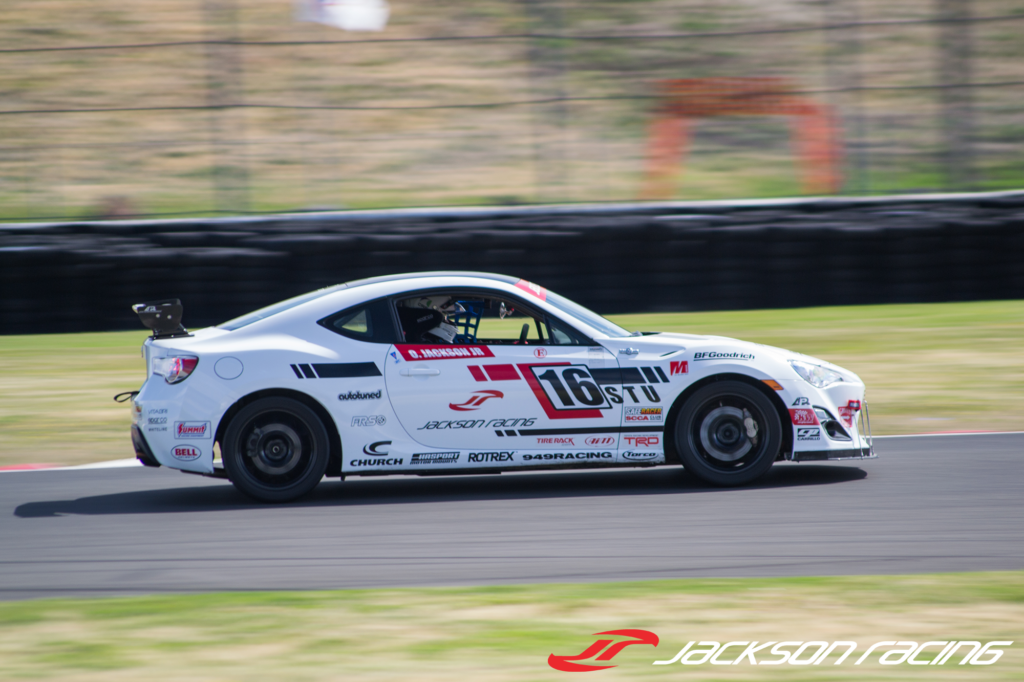 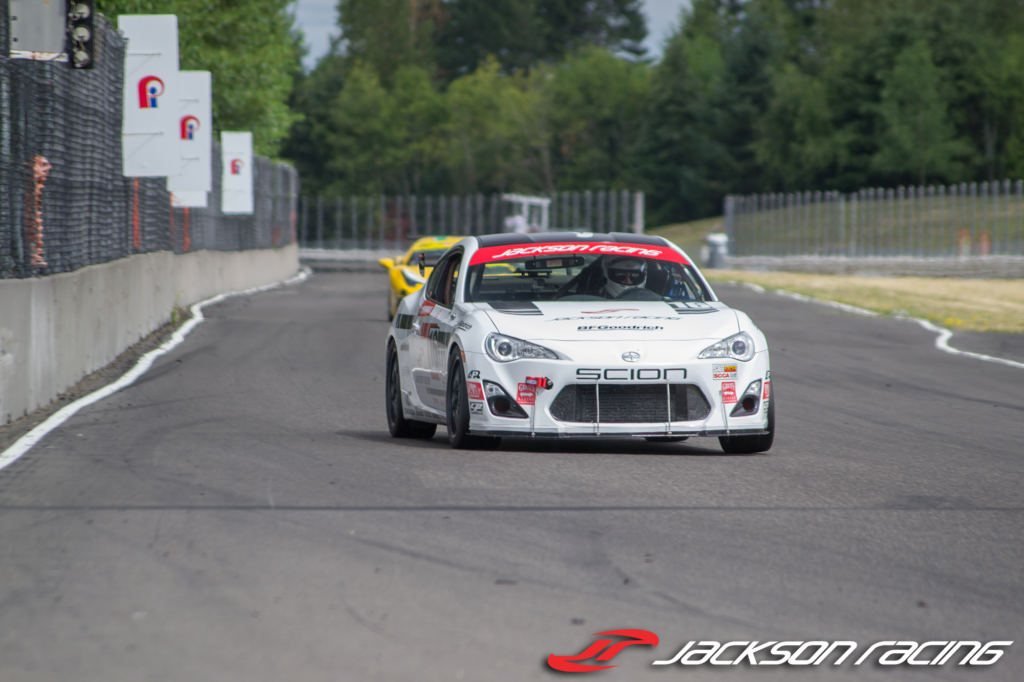 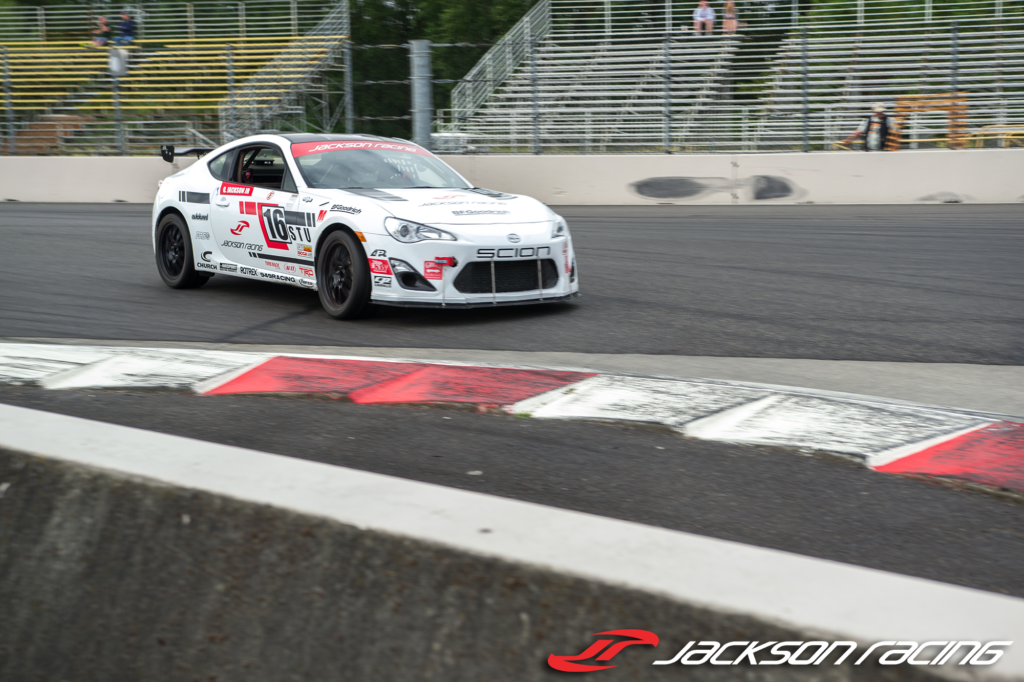 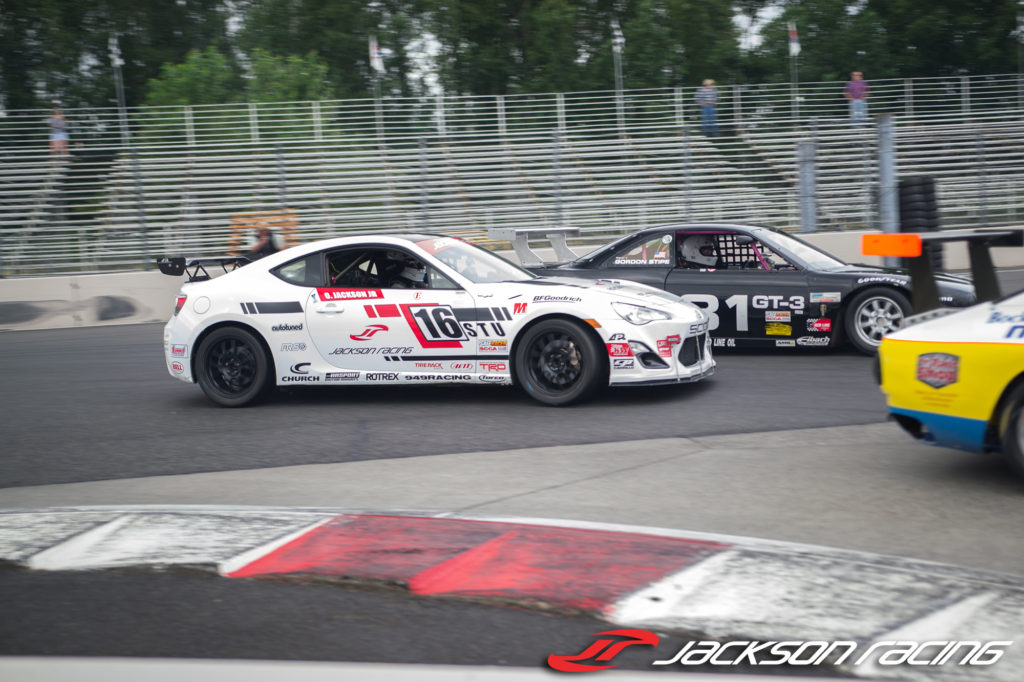 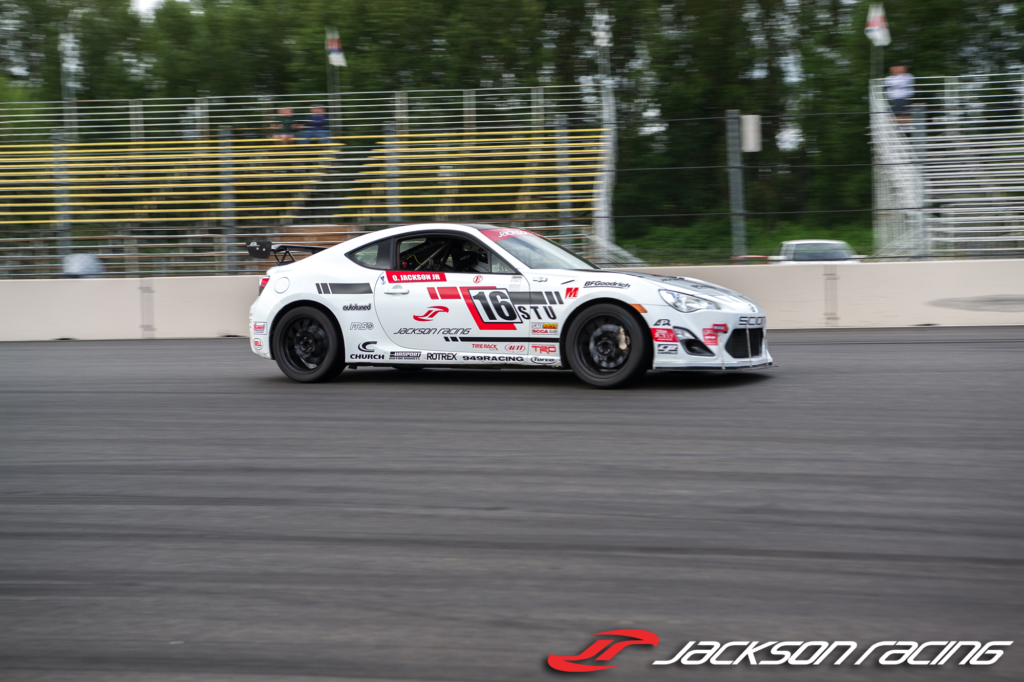 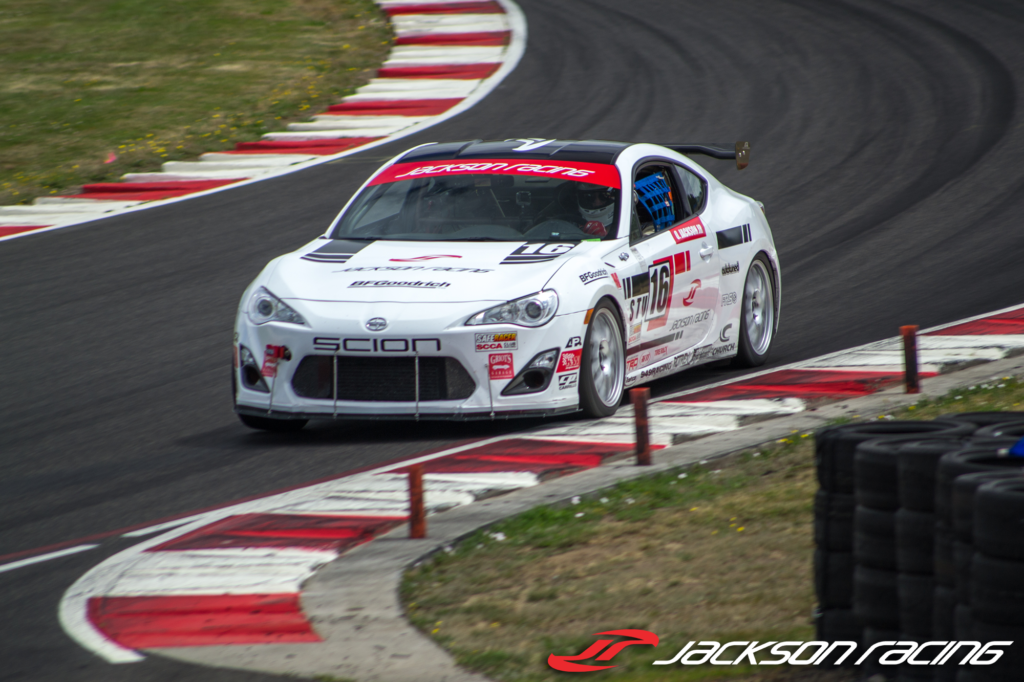 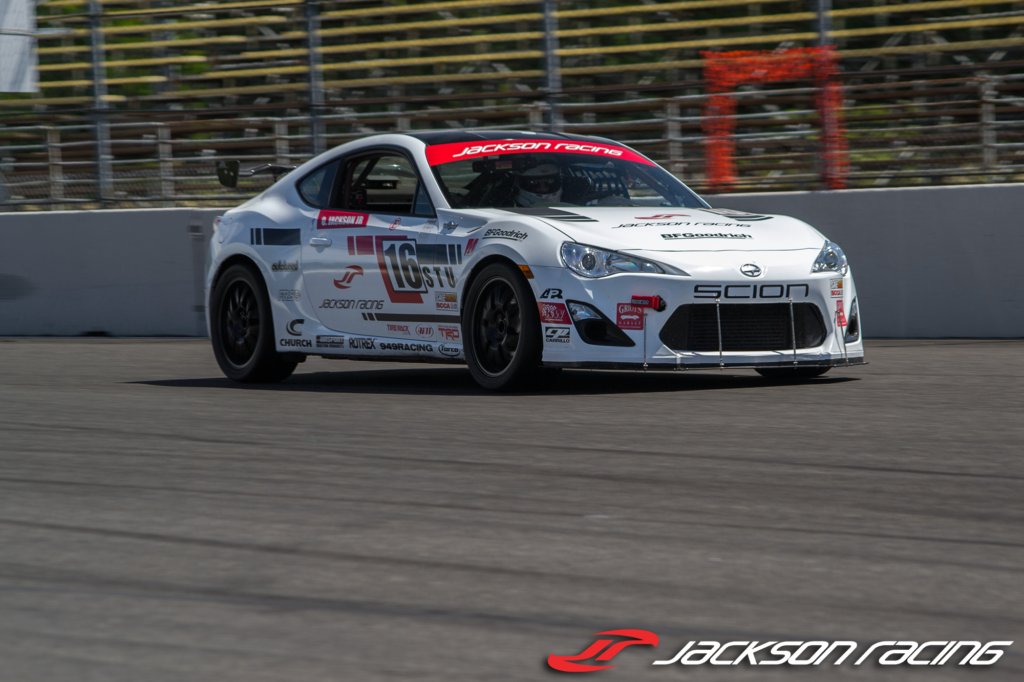 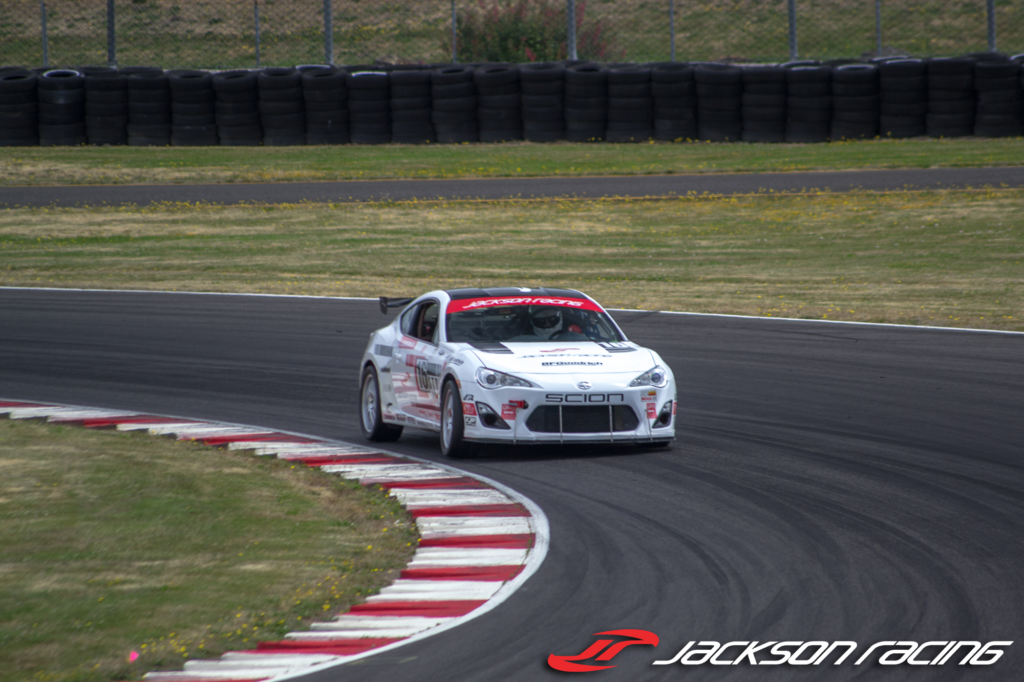 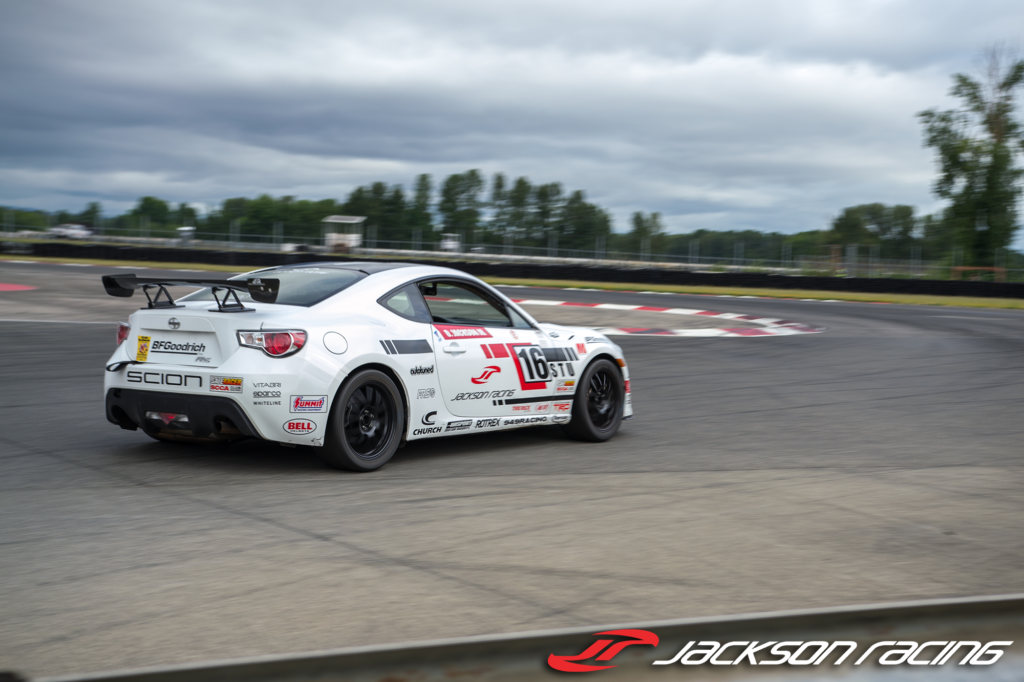 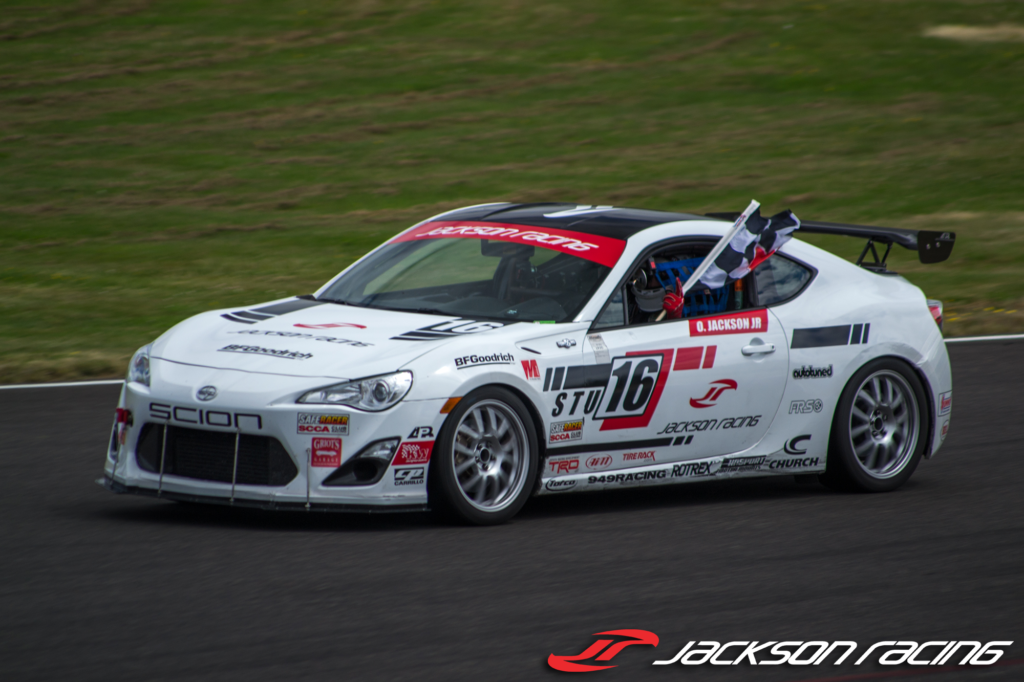 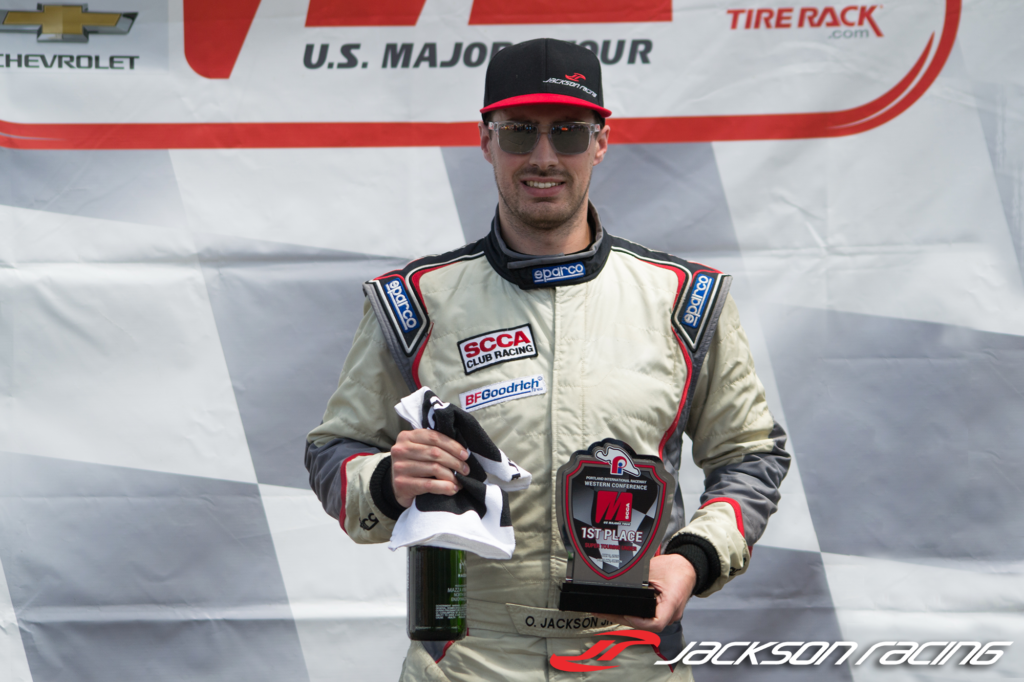 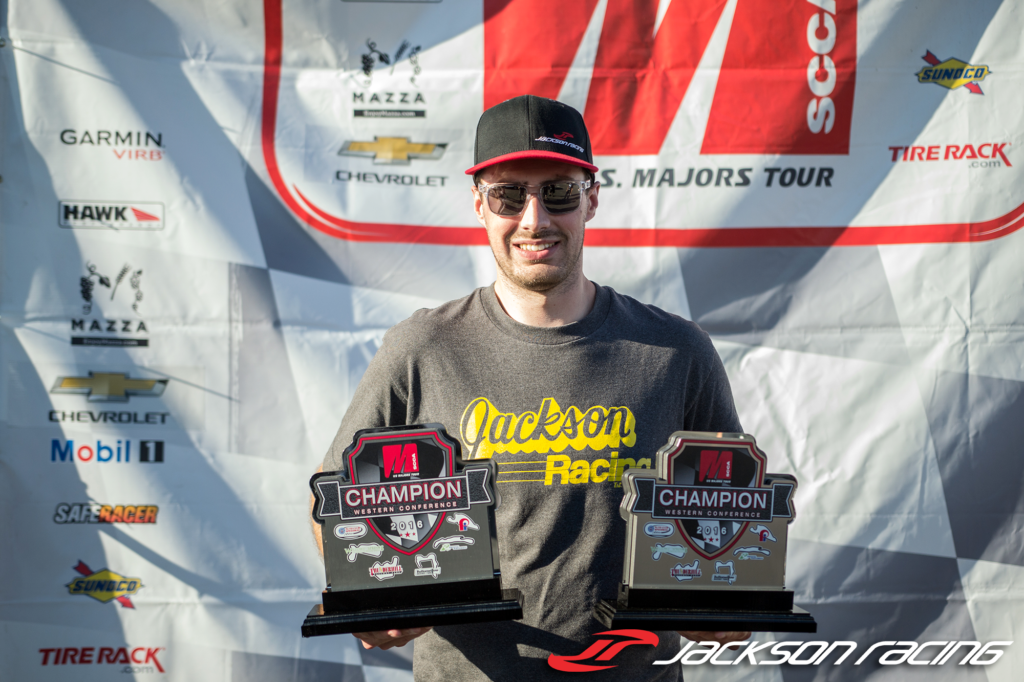