Jackson Racing at the 2015 SCCA Runoffs at Daytona International Raceway 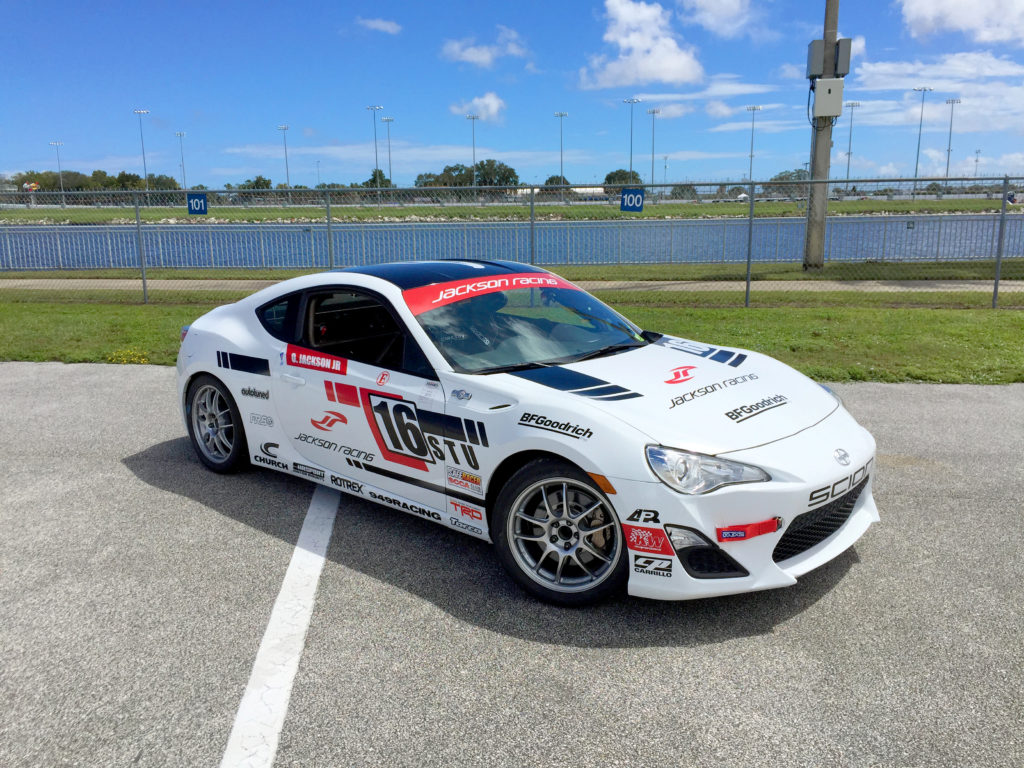 The SCCA National Championship Runoffs is the end-of-year championship race meeting for SCCA Club Racing competitors. Divisional champions and other top drivers from the SCCA’s 112 regions are invited to participate at the Runoffs. This year the racing would take place at the infamous Daytona International Raceway.

Jackson Racing’s own Oscar Jackson Jr. competes in the hotly contested Super Touring category, in both STU and STL. Super Touring features late-model production-based vehicles with a series of modifications to their drivelines and bodywork. These cars are most similar to World Challenge Touring Cars. STU has fast performance cars of 3.2 liters and under, and STL for cars 2.0 liters and under. Each class has rules and weights to fit a certain performance level.

With Oscar Jackson Jr. being a 2 time SCCA Majors Champion (2013/2014), Jackson Racing had its eyes on adding another National Championship to its 40+ already in the history books.

STU:
The Jackson Racing Scion FR-S was put together in a very short amount of time with minimal testing, but Jackson Racing was confident it would be a good package to compete. The car went through a drastic transformation from a practically stock vehicle, to the highly modified, complete race car. The FR-S is also equipped with Jackson Racing’s FR-S/BRZ Supercharger System. That is right! The same supercharger on this car, is the same one you can purchase for your own FR-S or BRZ.

The sanctioning body was nervous about adding the Jackson Racing powered FR-S to the class, so a lot of penalty weight was added to slow the car down. With the car at the required weight of nearly 3000lbs, it was going to be a long week of racing against cars with 500lbs less weight.

Oscar Sr and Jr. worked hard during qualifying week to work on chassis setup and race pace, knowing their outright qualifying speed was going to be hindered by the excess vehicle weight. With some luck, Oscar Jr was able to qualify the Jackson Racing FR-S 6th out of 18, still within shot of the leaders. Oscar Jr. explains “My plan is to have a consistent race pace and be there when the FWD cars burned their tires off. I know our BFGoodrich tires will be there at the end of the race for us.” At the race start, Oscar Jr. was able to leap positions with some spectacular maneuvers in the braking zone for Turn 1. The STU race was tough and had multiple cautions, which allowed the FWD cars to preserve their tires. Ultimately, Oscar Jr. fought from 6th to 3rd and nearly caught 2nd place in the closing laps of the race. A podium finish at the National Championship in the car’s debut, is a great way to start! 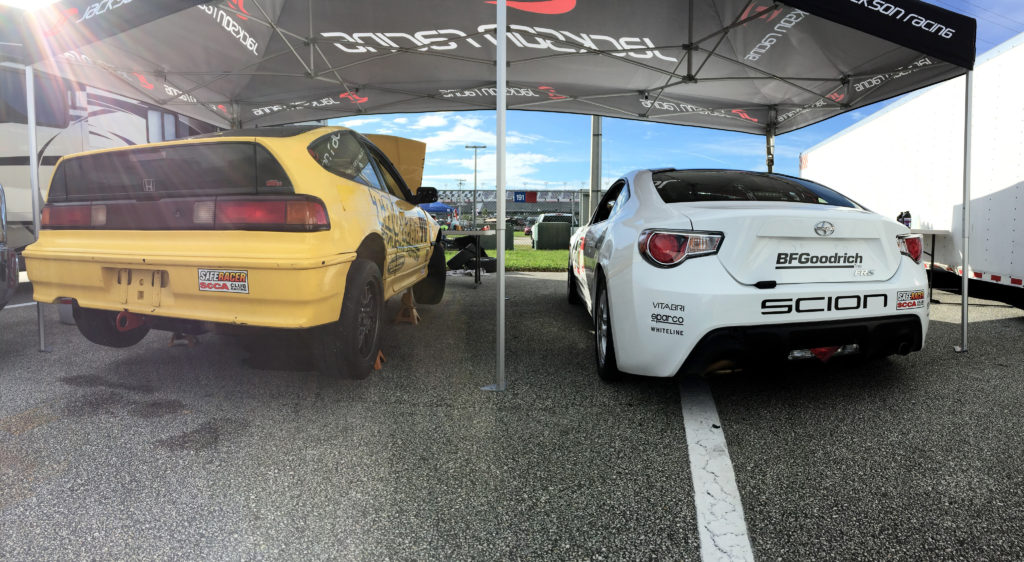 STL:
The 2nd car in the Jackson Racing Runoffs arsenal was a Honda CR-X, that was built in collaboration with Hasport Performance. STL is a more balanced class, and with Oscar Jr. behind the wheel, the chance of taking the win was looking good. The car received a refresh by Hasport before heading to the Runoffs, so a lot of testing was done during the qualifying week to get the setup right for the high banks of Daytona. “I was not too concerned about qualifying. I knew if we were in the top half of the field with the chassis setup correctly, I could race myself to the front.” said Oscar Jr. With the team confident in the car setup and the CR-X ended qualifying week 9th in the stacked 37 car field. With all the times very close, things were looking good for the team. Oscar Jr. explains, “We worked on our tire setup for the race, and our BFGoodrich tires are looking really good.Our long run pace will be very good.”

At the STL start, Oscar Jr leapfrogged multiple cars, and over a 2 lap span had worked his way from 9th to 4th before a caution flag was out. On the restart, the CR-X made its way to 2nd in turn one, behind the lead 2.0L Factory Honda Civic Si. “Once I was in 2nd, I knew I had a shot. I could run with the lead car and I was better in a few areas. I figured we would run away and settle this between us.” said Oscar Jr. Unfortunately, the 3rd place 2.0L Factory Honda Si missed the Turn 3 braking zone. From two car lengths back the Civic hit the Jackson Racing/Hasport CR-X broadside, and drove up the right front fender. This folded the fender into the tire, cutting the tire down. The Jackson Racing/Hasport CR-X was forced to retire from the race.

Be sure to keep a eye out for these cars in the upcoming 2016 season, as they will surely be taking home many wins! 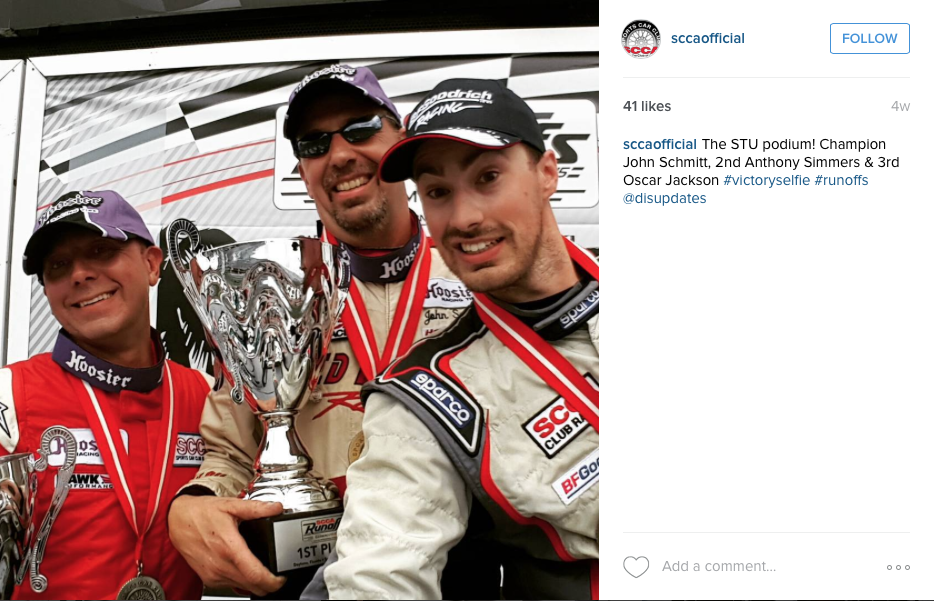 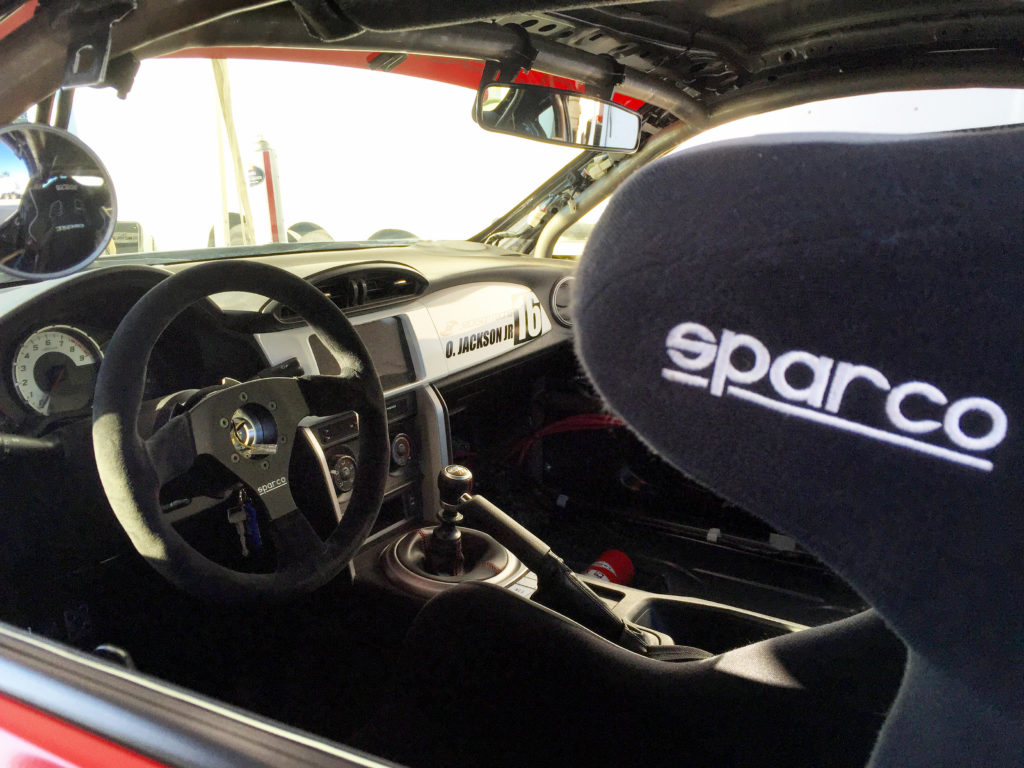 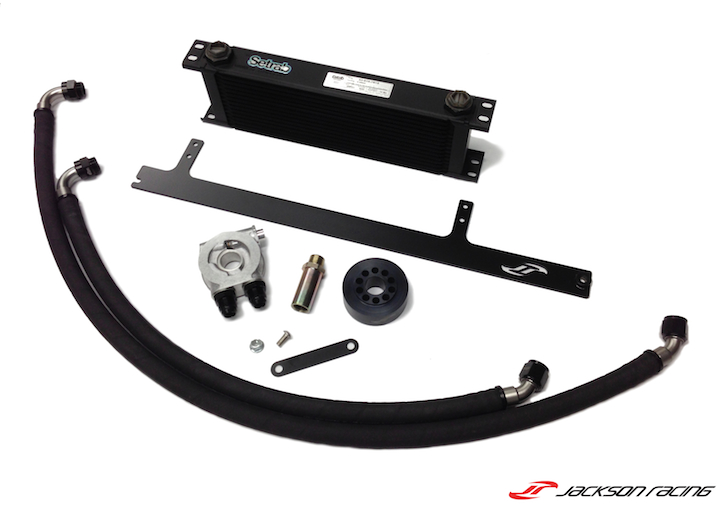 The Jackson Racing Engine Oil Cooler Kit was developed in-house and designed to bring optimal oil cooling to the FA20 engine. The included engine oil cooler core has been put to the test on the street and track on the Jackson Racing FR-S test mule for thousands of miles, in the cold and the heat. The Jackson Racing Engine Oil Cooler Kit not only had to hold up to day to day driving, but also 100ºF track use by championship-winning racing drivers. We are proud to say this system works flawlessly, keeping oil temperatures below 240ºF on track, thus maintaining engine performance throughout on-track sessions. 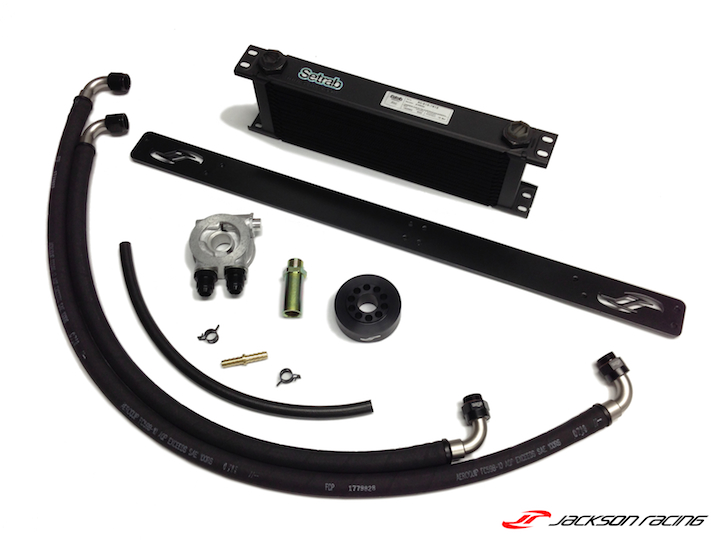