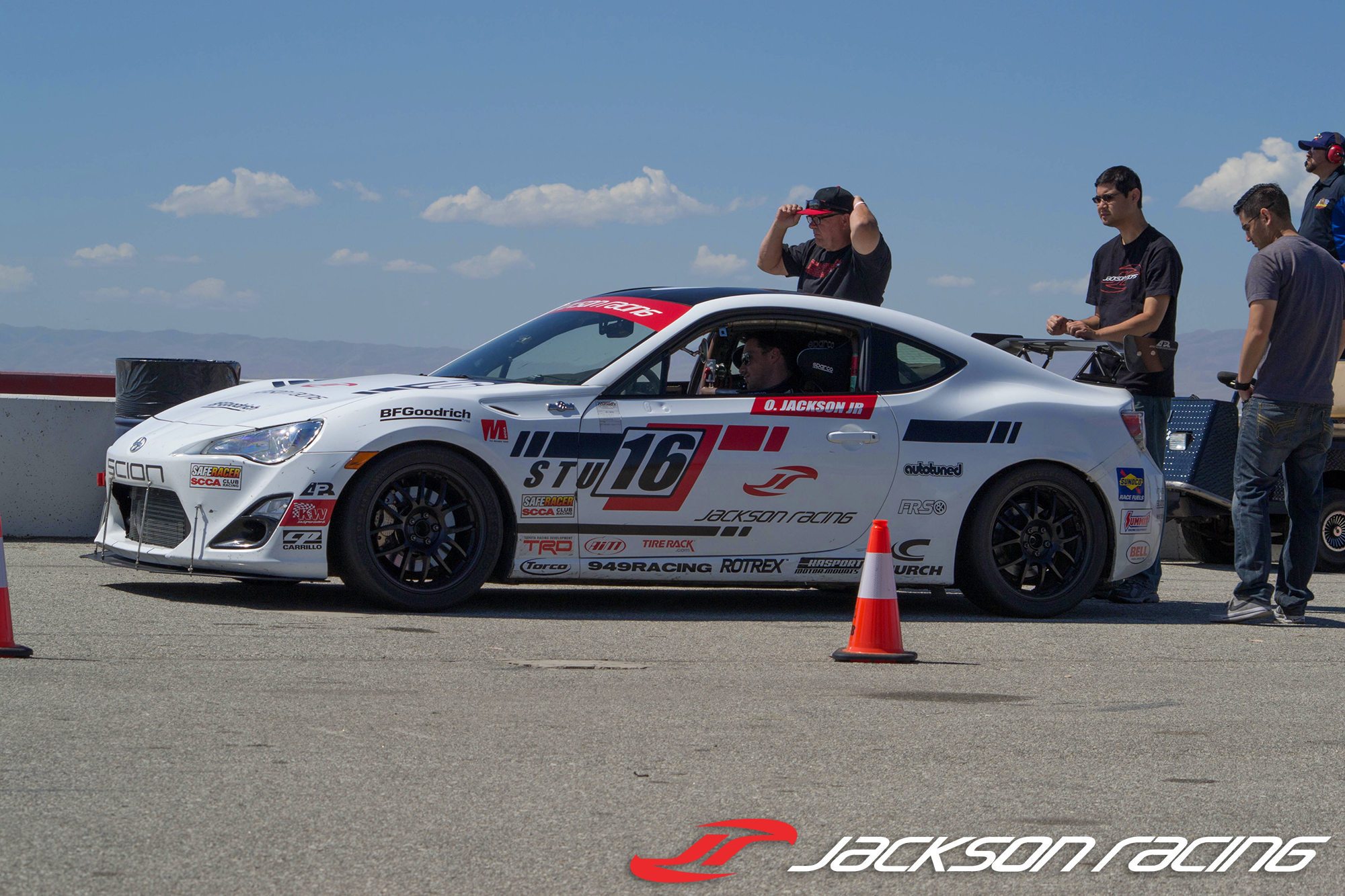 The 2016 SCCA Majors Round 4 at Buttonwillow Raceway 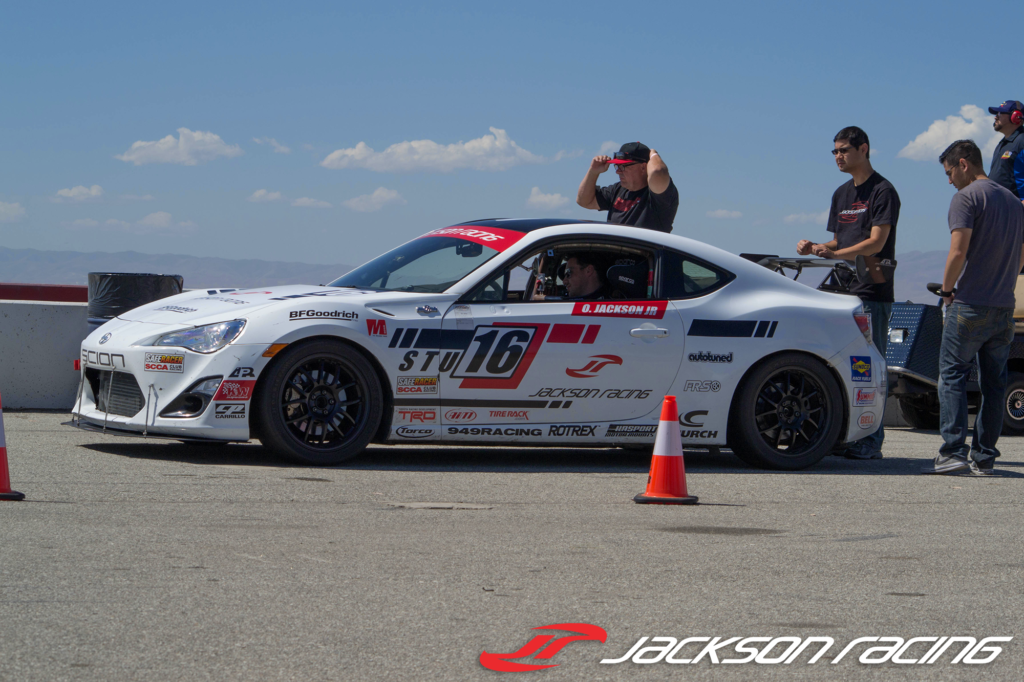 Round 4 of the SCCA Majors Tour took place this past weekend at Buttonwillow Raceway. It was going to be a hot weekend, but the Jackson Racing Team knew they had a good package and were confident the Jackson Racing Cooling package would stand the test.

Saturday morning qualifying went by very fast. Oscar Jackson Jr. threw down a fast qualifying time on one of his first few laps and pulled off. That time would be good enough to set the Jackson Racing Team on pole for the weekend by nearly 3 seconds.

Saturday’s race was later that afternoon, and for the first time the Jackson Racing Team was going to be offering a in-car live feed for fans to watch (Future live broadcasts will be available on www.jacksonracing.com/live).  As the race began, Oscar Jr. quickly put a gap between him and the other STU competitors. Oscar Jr. was able to maintain the gap throughout the race and took the win Saturday by a healthy margin. 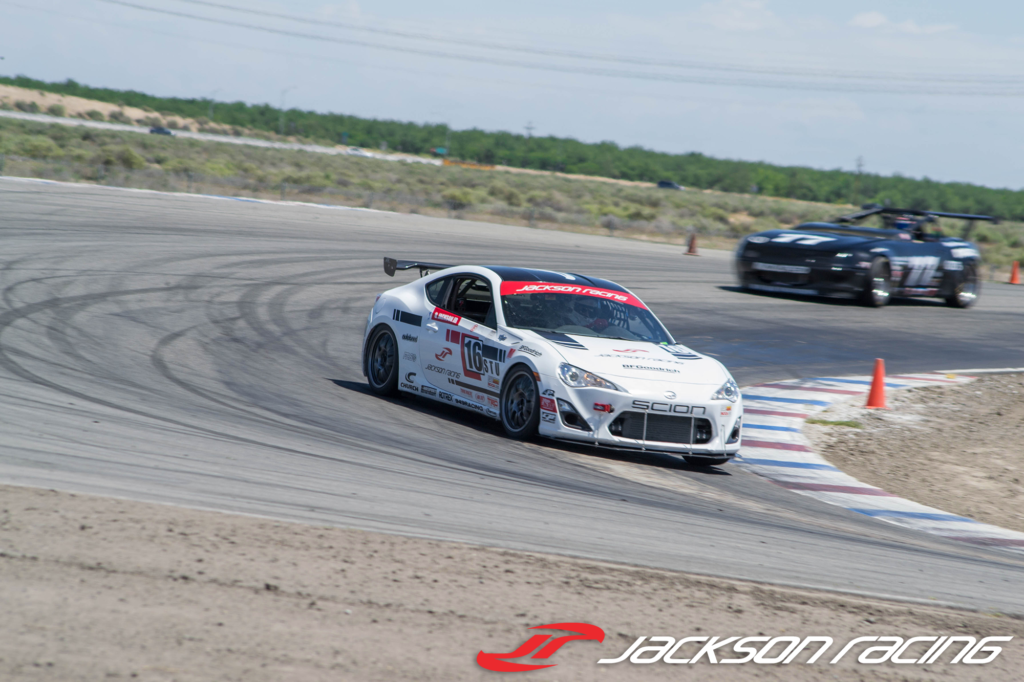 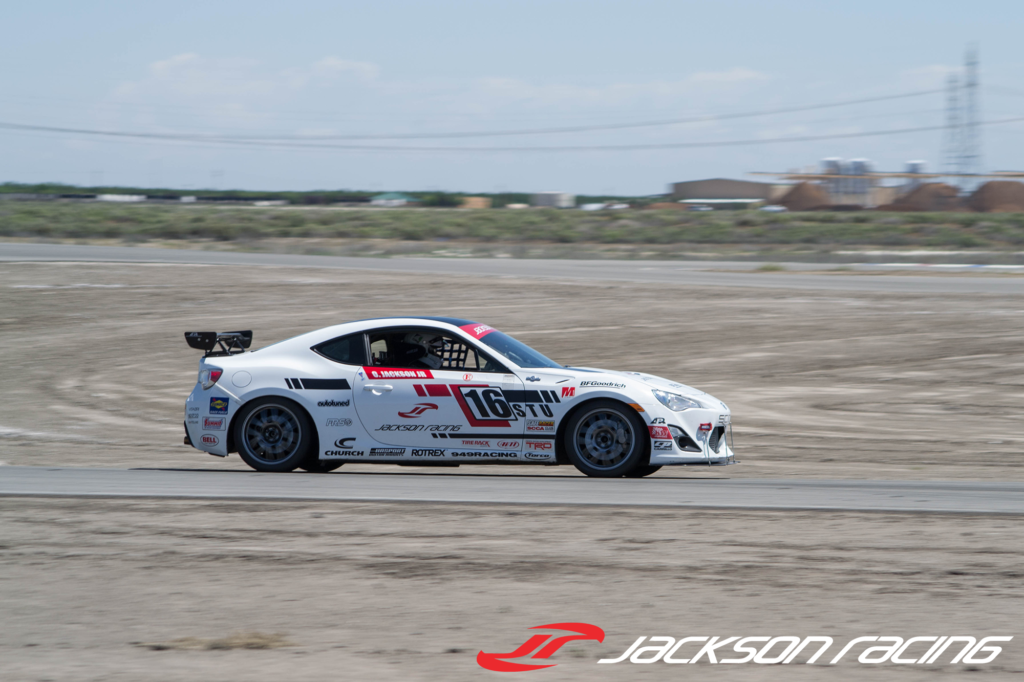 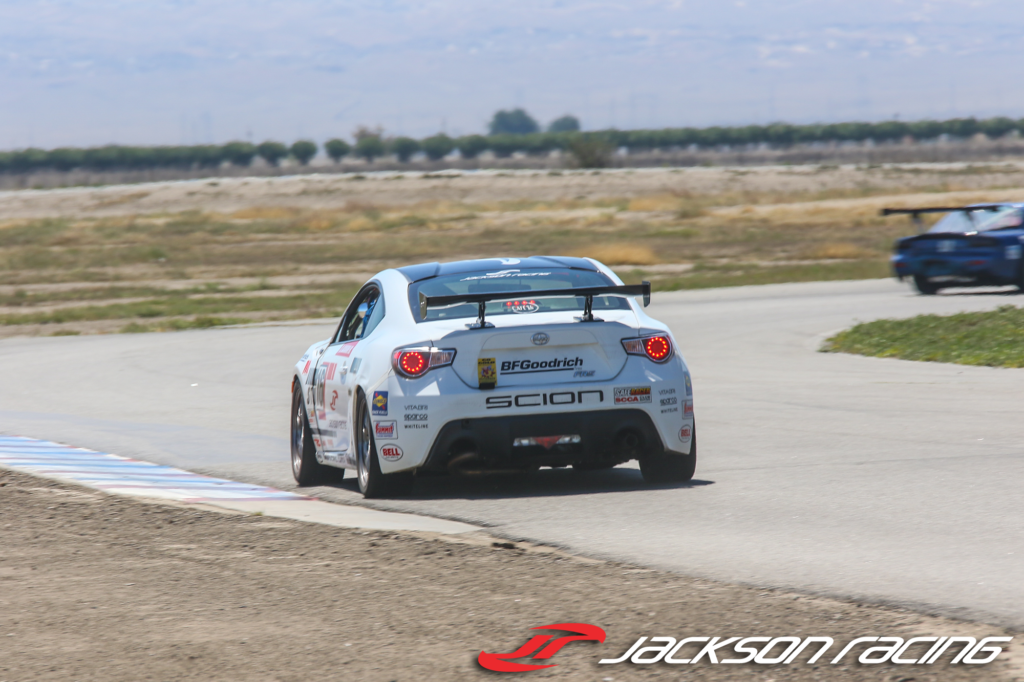 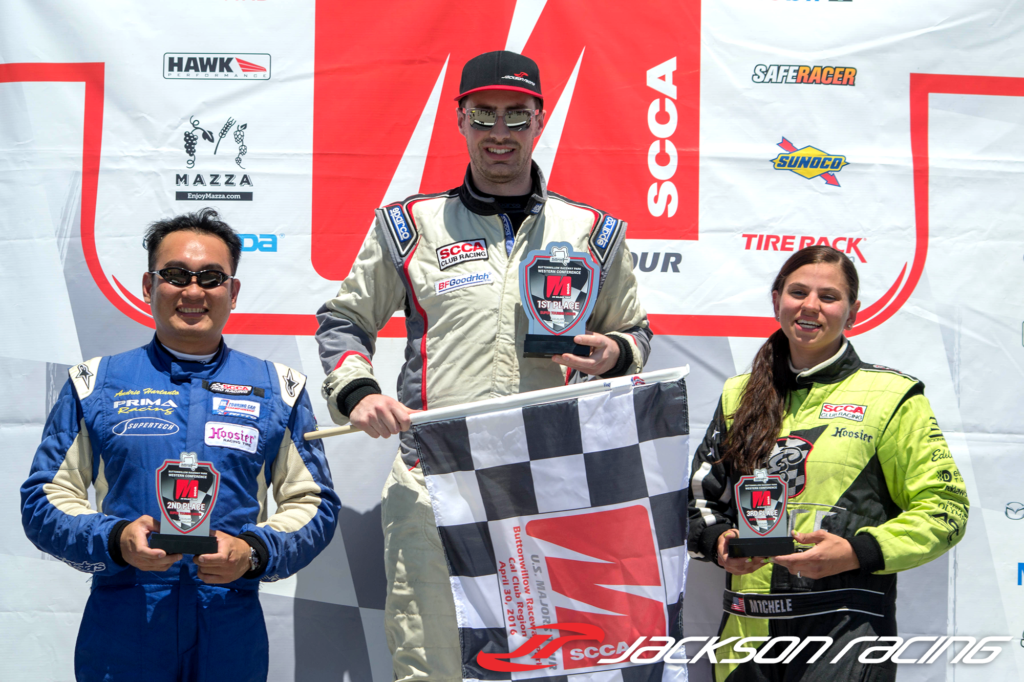 Sunday was setting out to be hotter than Saturday. The Jackson Racing Team was getting the Live Race Feed ready before the Sunday race, but an internet connection issue didn’t allow the team to get the Live Feed running. This mishap took extra time, and caused the FR-S to arrive late on grid. This resulted in a last position, pit lane start. Oscar Jr. took the blame for this mishap and apologized to crew chief Oscar Sr. and the team. “It was a poor judgement call on my part. I knew the time was ticking down to get to grid, but I really wanted the live feed active for our fans out there,” explained Oscar Jr. “Overall, we learned how to get the feed to work more smoothly in the future. Thanks to RaceCast.me for their help with the setup. We will have a smooth live feed for all future races this year!”

The Sunday race starts, and Oscar Jr. was released from the pit lane after the field exited Turn 1. Oscar Jr. quickly started making his way through the pack towards the front. A full course safety car came up a few laps in. When the race went green again, Oscar Jr. made the push to the front and got around the leader. The Jackson Racing FR-S drove away to the 2nd victory of the weekend. 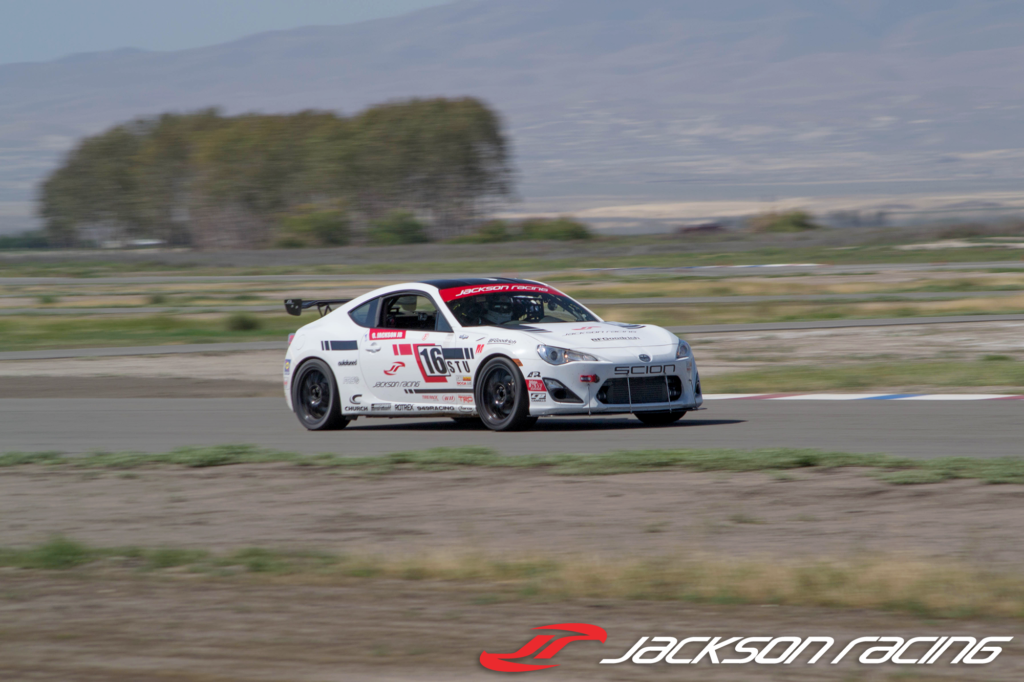 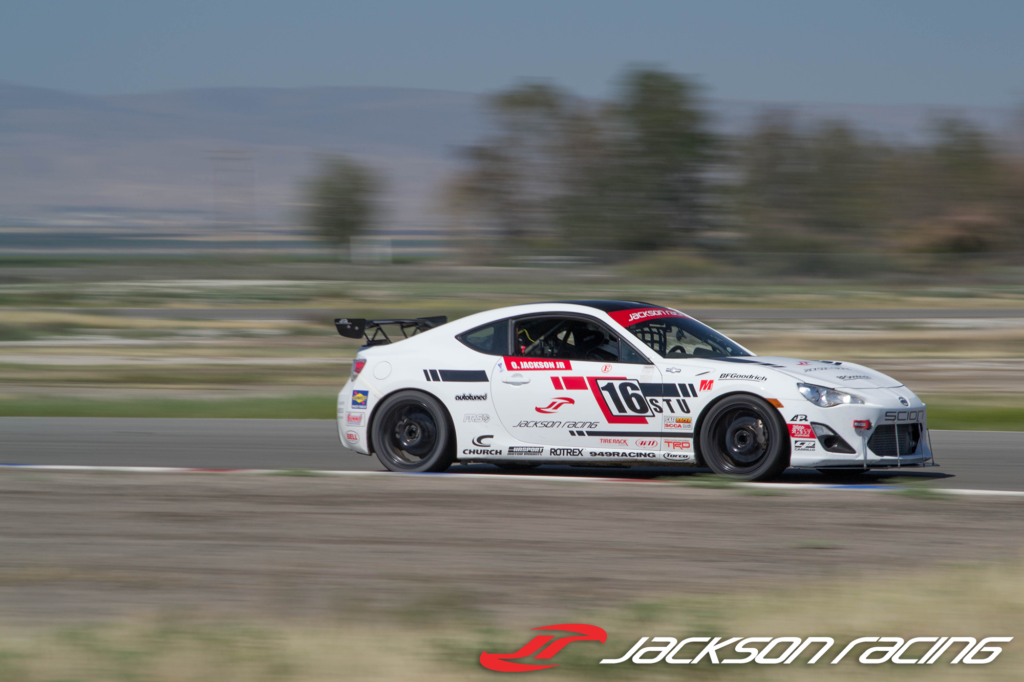 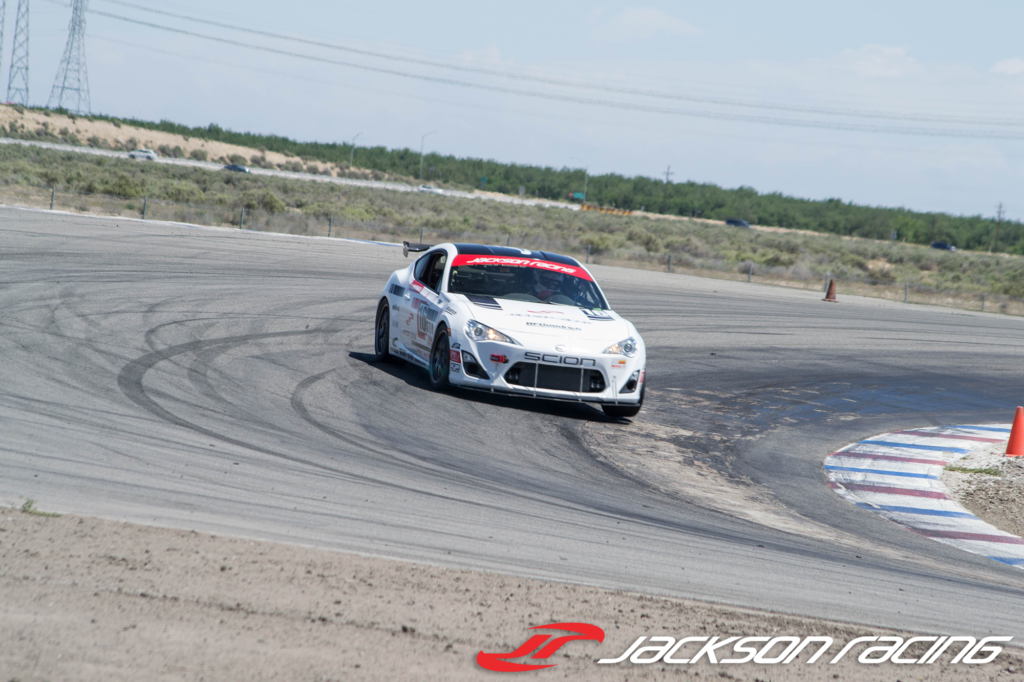 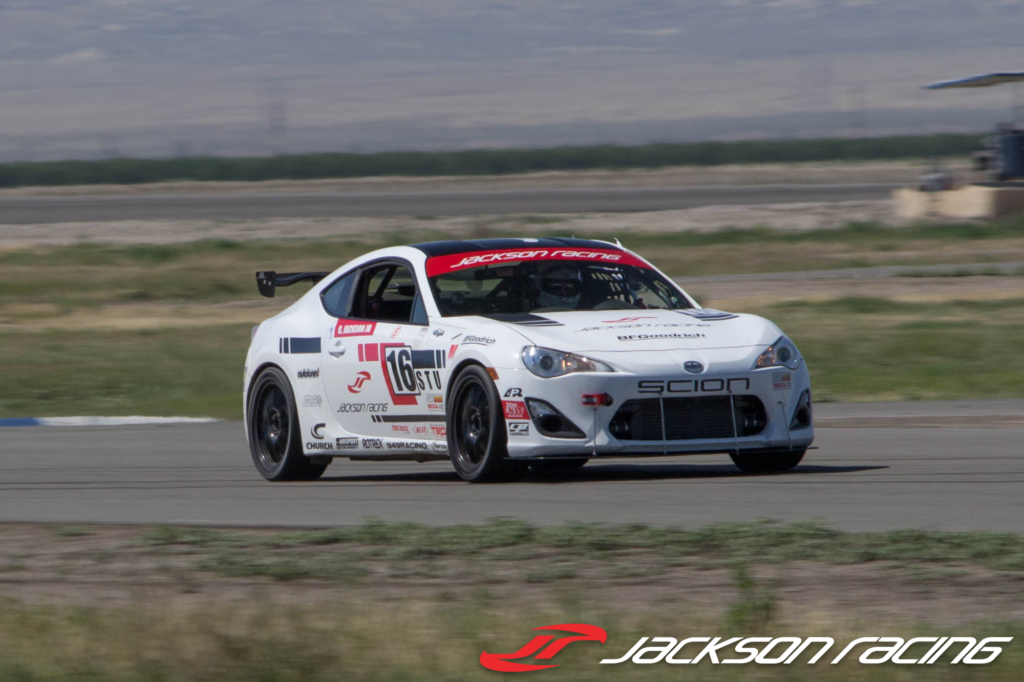 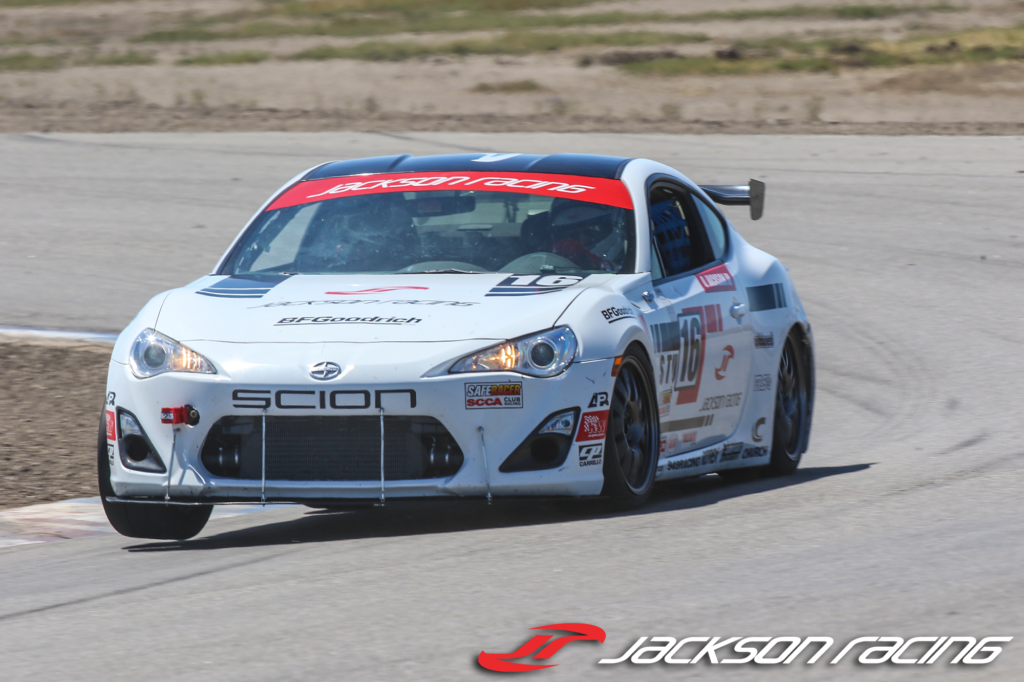 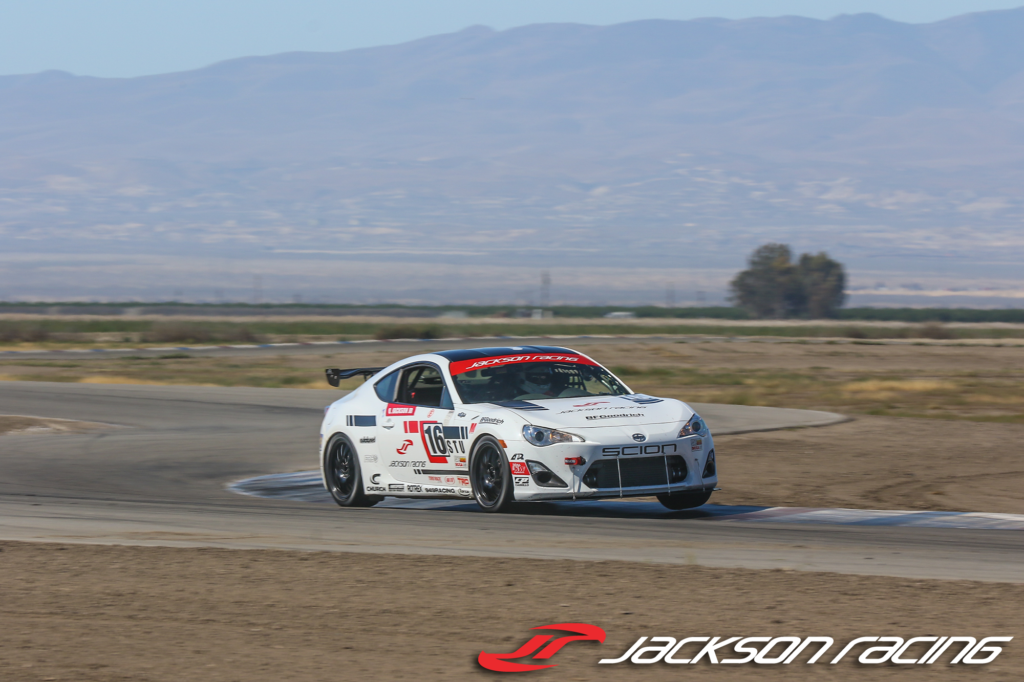 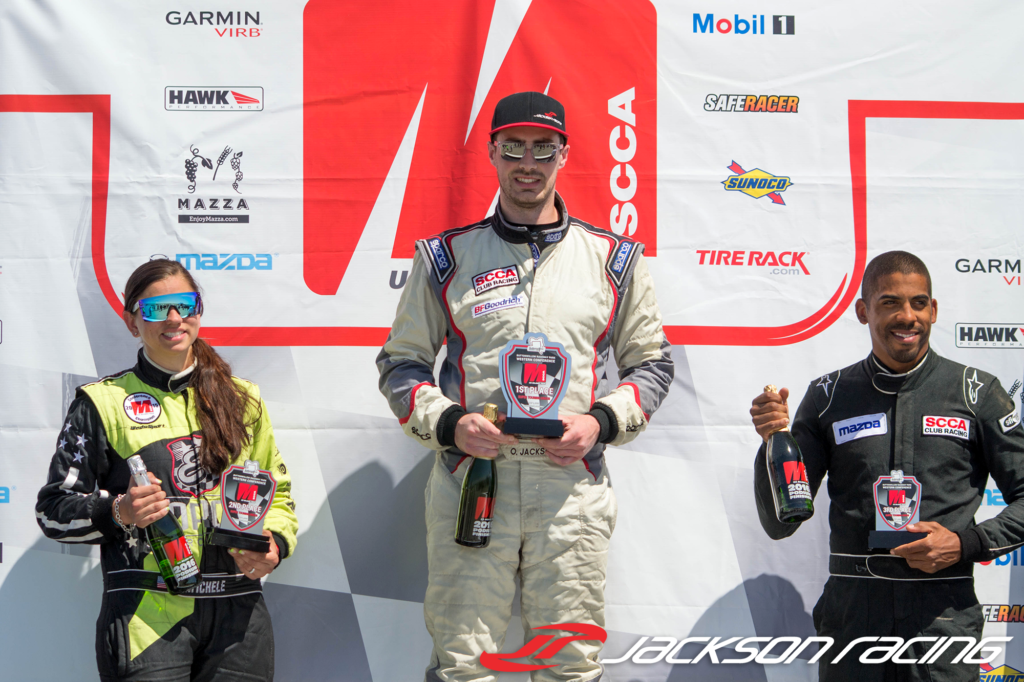 Next Round: May 28th-30th at Pacific Raceways in Kent, WA.